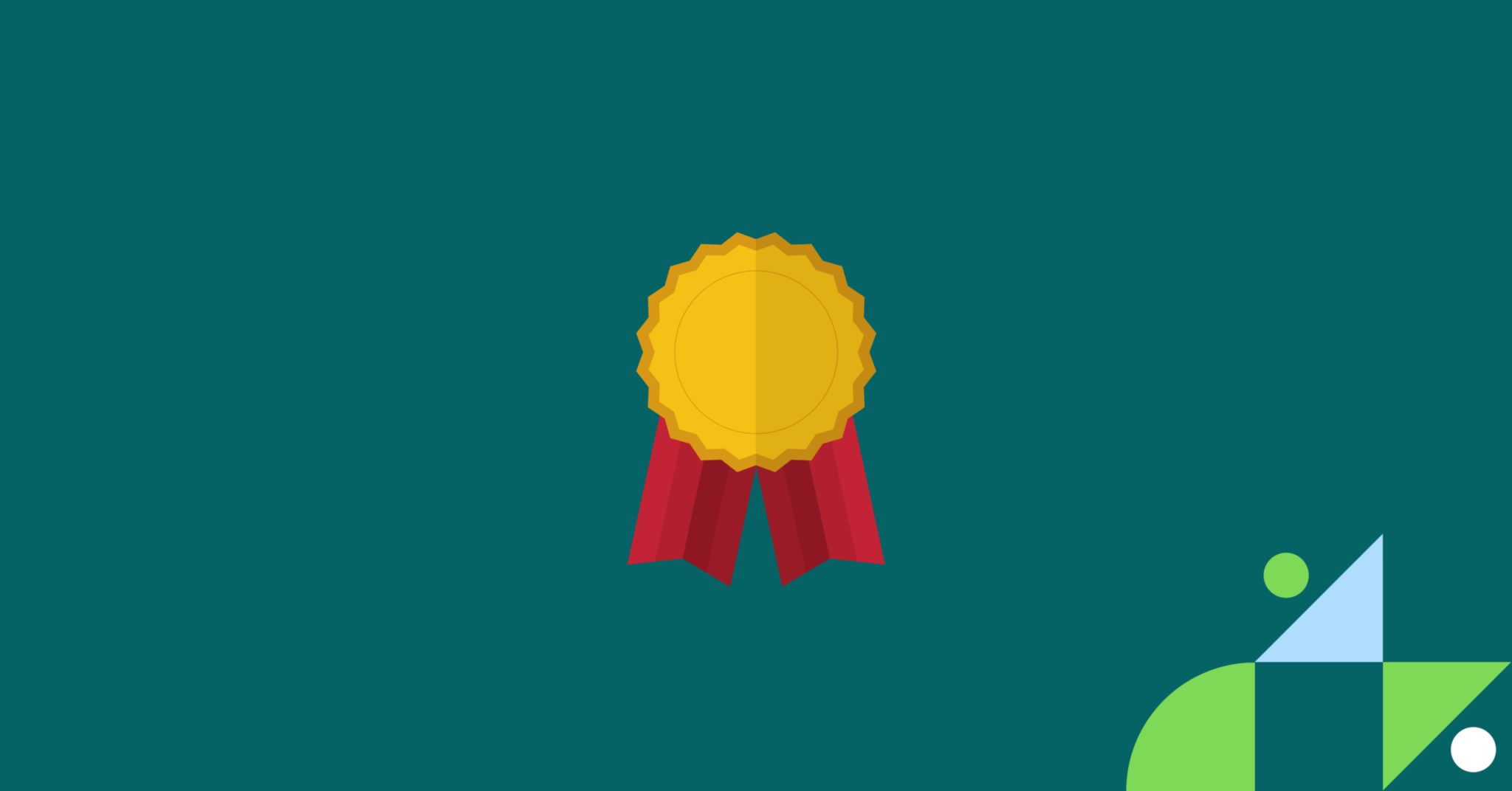 Running a campaign that accomplishes all of its objectives is every marketer’s dream. Marketers are often driven by a passion to create campaigns that succeed beyond the client’s expectations and deliver spectacular results.

However, the challenge is that no one can predict the results of a marketing campaign with 100% accuracy, especially when the goal is to make a campaign ‘go viral’ and achieve very high visibility in a very short time.

Viral marketing has some excellent advantages. The primary benefit is spreading your message and your brand information far beyond the initially targeted group at no additional cost. When a marketing campaign goes viral, your brand is suddenly on everyone’s online feed.

An agency named42 Entertainment in May 2007 undertook the multimedia marketing campaign for The Dark Knight (a movie with substance unlike Thor III or The Force Awakens). By using the tagline of the Warner Bros film – “Why So Serious?” the agency built multiple role-playing experiences and a huge scavenger hunt.

The campaign started as early as 15 months before the film was scheduled to be released. It ended up involving more than 11 million people from over 75 countries. Participants became everything from Harvey Dent’s political campaign volunteers and Joker’s henchmen, to Batman clones.

The participants viewed hundreds of emails, web pages, videos, and print collaterals. They found GPS coordinates by following clues and called phone numbers written in the sky by planes. The participants even found prepaid phones hidden in birthday cakes and became part of actual rallies, where they won unique collectible merchandise.

What really worked for 42 Entertainment and made the film go viral even before it was released.

42 Entertainment spent some major hours planning the whole thing. They invested time in understanding the depth of all characters. They entered the world of The Dark Knight and came out with an intricate and complex campaign.

Gamification of the entire campaign was another win for 42 Entertainment. They built a campaign that became a role-playing scavenger hunt – the epitome of all immersive games. What made it so exciting was the promise of real-world items as gifts or wins to participants. The promise ended up drawing in more fans than just the hardcore Batman following.

The campaign was very visual and designed so uniquely that the press could not keep away, even if they wanted to. People wanted more of The Dark Knight on their cell phones, tablets, desktops, and TV.

This resulted in a flood of press and blog coverage which went a long way in bolstering the viewer numbers in the opening week of the film.

Example #2: The Blendtec Viral Marketing Campaign that Totally Crushed It

Blendtec got a new marketing director, George Wright, back in 2006 that discovered something awesome about the product. Blendtec’s CEO Tom Dickson along with their R&D team used to test the blenders by throwing in wooden boards in an effort to see if the blades survived the onslaught.

Wright figured this would make intriguing visuals and recorded inexpensive videos of random supplies being chewed up by the blender. It took less than $100 as the total investment for the initial videos and that too mainly for supplies to put in the blender.

The visuals led to a 700% increase in sales and a combined 285+ million views. They also attracted mainstream publicity with Blendtec featuring on US TV shows the likes of, The Tonight Show and The Today Show.

In 2008, the company won a bronze Clio award for launching such an amazing advertisement campaign. Most importantly, Blendtec became a household name after these videos. The ‘Will it blend?’ campaign by Blendtec ended up being one of the most viral marketing campaigns of all times.

Blenders crushing a multitude of unheard supplies was one spectacle that really got the conversation flowing. It promptly increased instant interaction when viewers began suggesting different things to put in the blender.

The Wright campaign was inexpensive and cost effective. No major costs were undertaken in terms of supplies or production. They used a simple camera to make an inexpensive video and published it online without much fanfare.

The idea was king and sold that way. This increased the ROI which was instantaneous and kept growing. In this intriguing concept, production and execution took a backseat.

The campaign involved viewers and audience, including potential customers, almost instantly. Because of this reason alone, Blendtec increased brand awareness and got itself a 700% increase in sales.

Example #3: The Old-Spice Campaign that Raked in Profits

If you have seen the Old Spice video titled,“The Man Your Man Could Smell Like”, then you know what internet silliness can start.

In the video, the actor Isaiah Mustafa just happens to be the muscular caricature of a Greek god, who strolls into view wearing nothing but a towel. The actor saunters through various backgrounds, speaking in age-old clichés.

It is tremendously funny and probably one of the reasons the video went viral in the first place. The video aired for the first time during the Superbowl weekend of 2010. This Old Spice’s viral video marketing campaign increased the revenues by 107%. There were 40 million views on the campaign and it increased Old Spice’s Twitter following by 2,700%.

Facebook interaction was lifted by almost 800%. Most of these viewers and more turned to Old Spice’s YouTube channel to make it one of the most-viewed channels of all time.

What made it catch instant fame?

Humor was used to produce a great effect in the Old Spice’s viral video marketing campaign. They probably had to since there are not many ways left to promote body wash/ deodorant. The point is – Old Spice used humor with a knowing smirk.

The brand had no qualms in poking fun at itself, and the gamble paid off. The campaign worked. Where Old Spice was once considered the scent of grand-daddies, the campaign now introduced the brand to a younger, interne-savvy audience.

The videos were cool and funny, as are a hundred other videos posted online. But, Old Spice made sure they increased interactivity by responding to the campaign. They recorded over a hundred personalized videos featuring Isaiah Mustafawho replied to hand-picked YouTube commentators.

From a marketing point of view, Old Spice entered an unprecedented level of personalization and customization. The audience had to love this, which made the campaign even more successful.

Example #4: The ALS Ice Bucket Challenge Made Contributing to a Cause Cool

There was an explosion of viral videos in 2014 in which people poured ice water over their heads. After the ice downpour, participants encouraged viewers to donate to the Amyotrophic Lateral Sclerosis (ALS) association. Participants would then challenge someone they knew to take the challenge.

Now, the ALS did not invent the ice-bucket challenge. But, it took some innovation on their part to turn it around for their cause. Back then, over the course of two months, it seemed like wherever you turned there were people pouring ice water over their heads.

The results were astonishing. There were 2.4 million videos posted to Facebook which was commented, liked, and shared by another 28 million people.

Everyone from Mark Zuckerberg, Bill Gates, to Jennifer Aniston was part of the ALS Ice Bucket Challenge.

What Made the Marketing Campaign Irresistible?

Having ice water poured on you is definitely unusual and very interesting. This is what made the campaign so intriguing and irresistible. This was a different sort of stunt and each was amazing in its own way. The viewers remained entertained throughout the two month period since no two stunts were ever alike.

The campaign was cause-driven and made people feel special. This wasn’t some fun experiment on YouTube, but a chance for them to be a part of something bigger than themselves. Sure, it was fun at the end of the day.

But, the participation was driven by people looking to make a difference. People got the opportunity to raise awareness and have fun at the same time.

Participation of celebrities was a huge reason for the campaign to go viral. Viewers had a fun time seeing their favorite celebrities get soaked, and then waited with bated breath as the celebs nominated other celeb friends to take up the challenge.

The interest was fueled by various talk shows across the country as well, such as Jimmy Kimmel Live!

Food company,Frito-Lay, owned by PepsiCo in 2012, rolled out a mouth-watering campaign called, “Do us a flavor”. Fans got the power to suggest and vote upon the soon-to-be-manufactured Lays flavor through SMS and Facebook app. Of course, the $1 million prize helped things along.

The entries were judged by a panel of celebrity chefs who shortlisted three finalists -Sriracha, Cheesy Garlic Bread, and Chicken & Waffles. All three flavors were produced by Frito-Lay at the same time and hit the shelves as limited editions.

Fans were urged to vote via SMS, Twitter, and Facebook. And, hundreds of thousands voted. Finally, it was Cheesy Garlic Bread that took the winning potato chip home.  This is a great way to gain exposure for a brand.

You would think Frito-Lay lost money on this campaign, what with the prize money, celebrity chefs, and manufacturing costs. But, the viral campaign managed to triple the numbers of Frito-Lay’s Facebook fans in the US alone and almost increased sales by 12% nationwide. The costs associated with the campaign were paltry compared to the returns and long-term results.

What helped the campaign?

Technology companies let consumers have a say in their product almost on a daily basis. But, for potato chips to be made in the flavor of your choice – that was unheard of. Frito-Lay was able to get people super-excited and involved about the new product.

They already had thoughts of launching a new flavor. So, they decided to let the people pick out the flavor. This resulted in instant engagement and made the whole campaign go viral.

With a cash prize of $1 million or 1% net sales of the new flavor – who wouldn’t want to try their luck and participate?

Frito-Lay understood that the only way they could get more people to participate was by lowering the entry barrier. Hence, they included Facebook app and Twitter, but also regular SMS. This ensured that anyone who was interested could easily vote and suggest flavors.

There are a number of other campaigns that went viral in recent times, like Alexa by Amazon, Nike China Reactland, CarMax Response Video, and Adidas Boston Marathon, among others. However, there is also the example of Evian water, which featured Roller Babies.

The campaign went viral with the video being viewed nearly 70 million times. However, Evian’s sales actually dropped significantly during the period, and the campaign did not deliver a high conversion rate.

Make sure you hire the right experts to make your marketing campaign go viral and deliver actual results in terms of an increased customer base and expanded market territories.